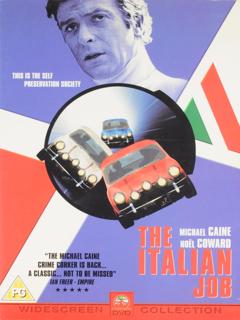 (This text has been automatically translated by DeepL)
Charlie Croker (Michael Caine) has been released from prison and is working on an ingenious plan for the heist of the century. Aided by Mr. Bridger (Noël Coward), Charlie sets out with a top team of crooks and three special minis to steal $4,000,000 from under the nose of the Turin police.
The problem is, with the police and the Mafia hot on his heels, Charlie discovers that taking the money is child's play compared to getting away with it.This action-packed comedy is a cult classic from the 1980s, with the craziest car chase in movie history and an incredible cliff-hanger finale.
The Italian Job is the crime film that leaves all others in the shadows.