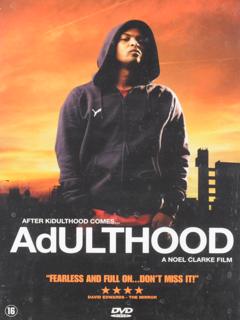 (This text has been automatically translated by DeepL)
After serving six years in prison for murder, Sam Peel finds himself back on the streets.
But life outside prison is not exactly easier than in it. While Sam struggles with his own guilt, he also has to deal with the revenge of the next generation of bad boys. They have taken his place in the slums of West London, growing up in a world where crime, drugs and violence are the order of the day. Sam must fear for his life. Will he manage to break the cycle of violence?

'Adulthood' is packed with raw action, violence, drugs and other things that characterize the reality of London's slums.