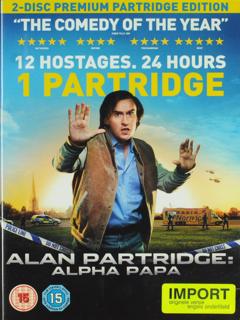 (This text has been automatically translated by DeepL)
Experienced broadcaster Alan Partridge (Steve Coogan) now works as a morning DJ at North Norfolk Digital, but when the station is taken over by a new media conglomerate, it sets in motion a hilarious series of events in which Alan must work with the police to defuse a potentially violent siege.
Will Alan fool disgruntled colleague Pat Farrell? Will shots be fired in anger? Will Alan become a public hero or just a footnote in broadcasting history? Or will Norfolk's last hope prove to be Alpha Dad, in an action of colossal speed.