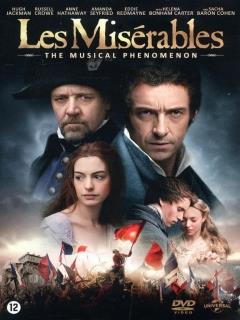 (This text has been automatically translated by Google translate)
Set against 19th-century France, Les Misérables tells a compelling story of shattered dreams and unrequited love, of passion, self-sacrifice and redemption. It is a timeless tribute to the power of the human spirit. Hugh Jackman plays the role of Jean Valjean, an ex-convict who, after his parole, is hunted by the ruthless cop Javert ( Russell Crowe). When Valjean promises to take care of Cosette, the daughter of factory worker Fantine ( Anne Hathaway), their lives change forever.

Les Misérables is a film by Oscar-winning director Tom Hooper. The film is based on the international musical sensation, with more than 65 million visitors in 42 countries and in 21 languages ​​- and still an incredible success.