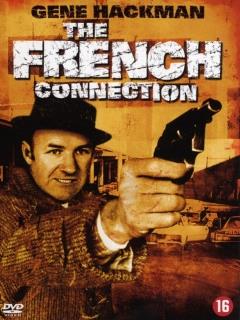 (This text has been automatically translated by Google translate)
When "Popeye" Doyle (Gene Hackman) and Buddy Russo (Roy Scheider), two New York City detectives, accidentally track down a drug smuggling gang, they are determined to bust it. But when one of the criminals tries to kill Doyle, a murderous chase ensues that takes him far beyond the city limits.

The French Connection won 5 Oscars in 1971, including Best Picture, Best Director and Best Actor for Gene Hackman. The film is based on a true story and formed the basis for a vivid and equally realistic sequel.