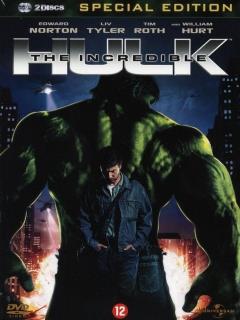 (This text has been automatically translated by Google translate)
At the start of this explosive action spectacle, a cure seems within reach for The Incredible Hulk, the unstoppable primal force that became one of the most popular superheroes of all time.

Scientist Bruce Banner (Edward Norton) roams the planet anonymously in search of an antidote to his condition, but is hindered by those who want to abuse his powers and by the thought of Betty Ross (Liv Tyler), the only woman whose he ever loved.

The genius Banner is mercilessly hunted by The Abomination, a veritable nightmare of a monster that feeds on adrenaline and rage. The powers of the Abomination are not inferior to those of The Hulk, and their final showdown leads to a duel of comic-like proportions, with the utter destruction of New York City at stake.