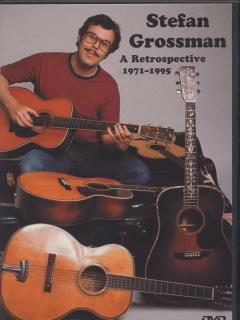 Originally the folk or regional music handed down from generation to generation, consisting of narrative songs for every state of mind and occasion: love, joy, sorrow, wedding, work, adultery, illness, death, and so on. As a result, they have a wide variety of faces, although in the West they usually refer to the North American and English variants. The dividing lines with blues, country and singer/songwriters are often thin. Folk songs are often so old that the original composer is unknown. In the thirties Alan Lomax and Harry Smith played an important role in the conservation of American folk songs. They went to the countryside to record the old folk songs. In the sixties folk revived on the basis of a young, post-war generation. Pop genres that make use of folk influences are americana, folkrock and folkmetal. The adventurous combination of folk with alternative pop that emerges after 2000 is called 'freakfolk'. more
Originally the music of the black rural population of the South American states, originating from negro spirituals and slave songs. Around 1900 this gave rise to the country blues: simple lamentations with acoustic guitar or piano accompaniment. When the poor blacks escape the racism and unemployment of the south, they also take their blues with them to the north. Muddy Waters is one of the first artists to amplify the blues electrically. In this 'Chicago blues' the line-up crystallises as well, which later becomes essential in pop music: vocals, guitar, bass guitar and drums. In several American cities blues scenes arise, each with a unique sound. An essential pop variant is the white blues or blues rock, which appeared in England in the sixties. Groups like Led Zeppelin and The Rolling Stones make good graces with text and music that they sometimes literally 'borrowed' from their older, black examples.