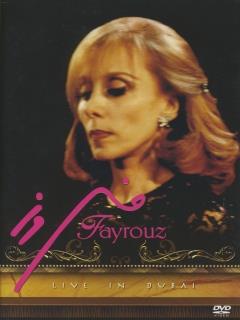 (This text has been automatically translated by Google translate)
Natacha Atlas made a good impression in 2008 with the sound developed from the 1960s onwards by singer Fairuz and her regular composers, the Rahbani brothers. Fairuz has now reached retirement age, but she still performs from time to time. This DVD, directed by daughter Rima, is a recording of a concert that the singer gave in 2001 in Dubai. The interpretation of her orchestra is illustrative of her cross-border approach. In addition to the usual string instruments (all played by Armenian musicians), there is also room for an Arabic choir and instruments such as ney, úd and kanun. A striking centerpiece is the Fairuz singer with her pale skin and large black expressive eyes, her lifelong trademark. Especially the orchestra is in excellent shape, but her voice seems to have lost some of its strength at the age of almost 70. The ovational applause proves that the public in Dubai hardly cares about it. (PdK) 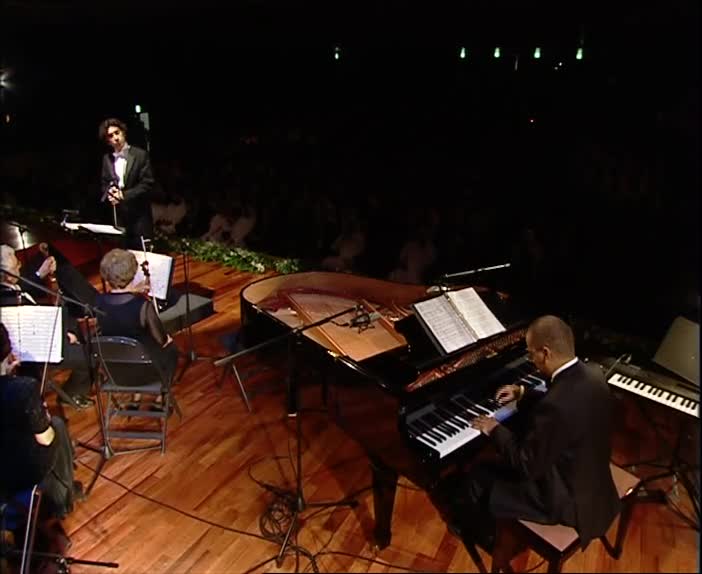 (This text has been automatically translated by Google translate)
Fairuz is one of the best known and most popular voices of the Arab world. The singer was born in 1935 as Nourad Haddad in the Lebanese capital Beirut. Since the sixties the singer with the brothers Assi and Mansour Rahbani worked her best known songs and wrote for her. Later, the singer would marry Assi. Since 1979 her son Ziad composed mainly Fairuz songs. During the Lebanese civil war (1975 - 1990), the singer refused to leave her home country. Its thousands recognizable voice delivered a series of superlative nicknames such as Lebanon's ambassador to the stars "and" the neighbor of the moon. more