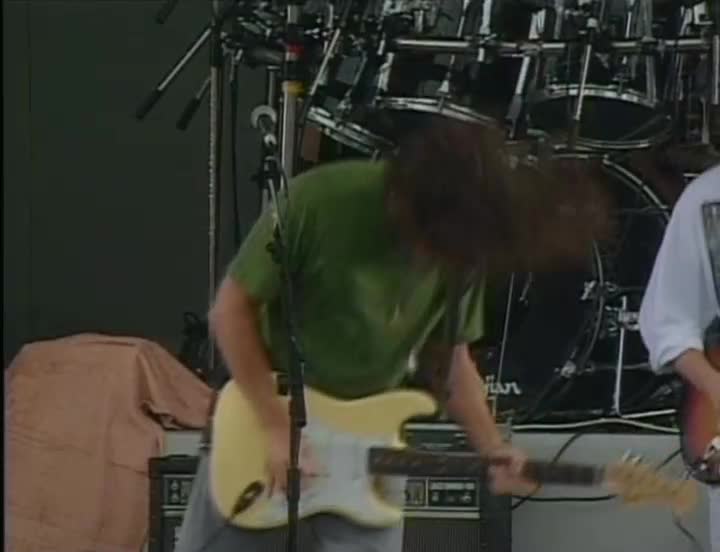 (This text has been automatically translated by Google translate)
Of all the Beatles Paul McCartney was by far the most successful solo artist. Although many (including John Lennon), his work after the Beatles labeled as superficial, Paul spoke extraordinary popularity for himself. Mull Of Kintyre was a time in history as the most successful single of all time. In the nineties ventured McCartney, now named Knight of the British Empire was located on classical compositions or soundtracks, and he worked with admirers like Elvis Costello. At the same time he continued to make the kind of rock and roll that he helped develop co, but without the hitsucces he had in previous decades. more

(This text has been automatically translated by Google translate)
Cliff Richard (real name: Harry Webb), the English response was to be Elvis, but the image of sexy rocker matched the modest singer not so good. Yet he recorded with his backing group The Shadows, good luck and have single Move It (1958) is considered the first rock 'n rollhit British soil. Especially in his homeland Richard is a phenomenon, which scored hits successfully in six consecutive decades. The sixties were by far his most successful period. In the seventies Cliff presents itself, influenced by gospel music, more and more as a Christian artist. In addition, the singer fell because of his charitable work and took to the charity on a remake of his hit Living Doll, this time with the four main characters from the comedy series The Young Ones. In 2009 booked Richard, now knighted as Sir, success with a reunion tour with The Shadows. more
(This text has been automatically translated by Google translate)
Phil Collins' qualities as a frontman were overlooked for years. As a drummer for prog rock band Genesis he was initially in the shadow of Peter Gabriel. When he left the band in 1975, Collins stepped out from behind the drum set. In the 1980s, he turned Genesis into a hit machine. Collins also embarked on a successful solo career as a pop singer, which he continued alongside his work with Genesis until devoting all of his time to it in 1996 (although he returned in 1999 with Gabriel for a reunion). As a solo artist, Collins released personal and introspective material (which was not always very commercial), wrote a hit for Tarzan's soundtrack, jammed with Paul McCartney and Ozzy Osbourne, formed a big band to play its own songs in jazz arrangements and played drums in Queen Elizabeth's "house band" at Buckingham Palace.
(source: wikipedia)

(This text has been automatically translated by Google translate)
For four decades, Eric Clapton keeps the legacy of the British blues alive in the mainstream rock. From his time with the Yardbirds and John Mayall, during his time as a guitar god with Cream and Blind Faith, and eventually his calmer solo albums Clapton proved to be one of the most successful rock musicians. Because of his superstar guitarist Clapton appeared alongside the biggest acts of the twentieth century. He played the solo on While My Guitar Gently Weeps Beatles, he starred in The Last Waltz Bands and he recorded an album with B. B. King. 'Slowhand' overcame many personal setbacks and can now look back on a long and productive career.
(This text has been automatically translated by Google translate)
British Dire Straits grew in the traditional way into one of the most popular rock bands: with strong songwriting and musicianship. The single Sultans Of Swing made a breakthrough on both sides of the Atlantic. The sound of the band sounded like Bob Dylan was accompanied by J.J. Cale. It was a sound that was even more airplay was incomparable with what happened in 1979. Mark Knopf heaters gruff voice and his exquisite guitar playing were the lifeblood of the group sound. The next two albums strengthened the reputation and popularity of the group. Brothers In Arms (1985) was one of the best selling albums of the eighties. After the band decided Knopfler broke - previously alone had already composed film music - as a solo artist to continue with more restrained songs.
(This text has been automatically translated by Google translate)
Elton John has one of the longest and most successful careers in pop history. He started as a singer and pianist of sensitive songs, but later fell primarily because of its extravagant and theatrical stage act. Elton John (born Reginald Dwight) as the epitome of lavish seventies artist. During the eighties he separated for a while from his regular lyricist Bernie Taupin. John modernized its sound, with varying results. In the early noughties John came back into the picture as a successful veteran who was not afraid to occasional and talented young singer-songwriter talent to prices.
(This text has been automatically translated by Google translate)
If Robert Plant after the breakup of Led Zeppelin had never sung a note, he would still have gone down in history as one of the greatest rock singers of all time. His sound Productivity in his post-Zeppelin solo career is proof of a personal artistic vision. Admittedly, Plants first record at the beginning of the eighties were still close to Led Zeppelin, but at the time of Shaken 'N Stirred (1985), he had more in common with Peter Gabriel than seventies blues rock. In a trip with The Honeydrippers Plant explored his love of rock & roll from the fifties. In the 21st century, he explored roots music from different corners of the world. At the Grammy nominated album Dreamland (2002) he blew by The Youngbloods and Tim Buckley new life. Five years later, he surprised with the intimate album Raising Sand, a duet album with bluegrass icon Alison Krauss.
(This text has been automatically translated by Google translate)
Genesis was one of the first progressive rock bands. Following the Beatles she looked in the late sixties musical adventure where she proved to have a good sense of orchestrated, melodramatic pop. Soon she grew to become suppliers of ambitious art-rock with a classic touch. After the flamboyant, theatrical singer Peter Gabriel left the group (initially succeeded by guitarist Steve Hackett), the band gradually grew into an accessible repertoire, with singing drummer Phil Collins at the helm. In the eighties Genesis was an unstoppable hit machine. In between shot out of the tire the solo careers of two mega rock stars, Gabriel and Collins. The band threw in the towel in 1997 down - after the departure of Collins - but regrouped a decade later for a massive world tour.
(This text has been automatically translated by Google translate)
The space rock pioneers Pink Floyd reached unprecedented heights in both commercial and aesthetic area. From the first, put forward by Syd Barrett, psychedelic pop record to their concept albums and grand tackled live shows in the seventies. Dark Side Of The Moon, their magnum opus of 1973, held fourteen astonishingly position in the album charts, making it one of the best selling albums of all time. Even after the departure of Roger Waters opperconceptualist After The Final Cut in 1983, Floyd was headed by David Gilmour release albums well into the nineties. In July 2005 went back to Roger Waters Pink Floyd for a received ecstatic performance of four songs during the Live 8 event in London's Hyde Park. The upsurge rumors of a full reunion were crushed quickly by the band. The gig was one time, though they are open to a reunion at similar events worldwide.