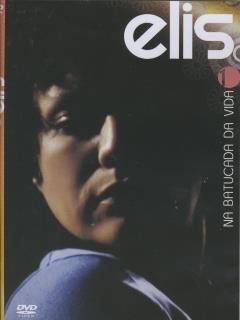 Onder de term ‘overige talen vocaal’ wordt alle muziek verzameld die niet onder pop en niet onder volksmuziek valt. Wereldmuziek in de breedste zin van het woord dus. Vanouds werd het grootste deel van deze categorie bevolkt met artiesten uit Spanje, Italië, Portugal en Griekenland; mediterrane muziek waarmee de Nederlanders vanaf de jaren zestig op vakantie mee in aanraking kwamen. Artiesten als Julio Iglesias en Nana Mouskouri profiteerden hier optimaal van. Vanaf de jaren zeventig burgeren Caribische stijlen (salsa, zouk) langzaam in, gevolgd door Afrikaanse muziek in de jaren tachtig. Zie ook het tabblad ‘wereld’ voor een beter gesorteerd overzicht naar muziekstijl en het tabblad ‘landen’ voor uw favoriete muziekland naar keuze. more
Bossa nova is the combination of jazz and Brazilian samba. The 'new wave', as the literal translation reads, was a fact when singer/guitarist João Gilberto released the song Desafinado, written by Antonio Carlos Jobim, in 1957. In the cradle of Rio de Janeiro, the quiet jazzy music is rapidly gaining popularity, especially among students. Through the film Orfeu Negro (Black Orpheus, 1959) the bossa nova also breaks through in the United States. Cool jazz musicians were attracted to the subtle swing and harmonic richness of this 'bossa nova' and set to work with original bossas, arrangements and own compositions in the new style. The album Jazz Samba by saxophonist Stan Getz and guitarist Charlie Byrd (1962) and the album Getz/Gilberto (1963, with the famous Jobim composition The Girl From Ipanema) became gigantic bestsellers that were at the cradle of an enormous bossa nova-rage. Not all experiments with jazz and samba resulted in the bossa nova rhythm. Percussion plays an important role in this residual group, which is called brazilian jazz.
Brazilian pop music and dance. Modern Brazilian music is often referred to as the umbrella term Música Popular Brasileira, or MPB for short. Its precursor was the tropicália movement, sometimes also called tropicalismo. Musicians like Caetano Veloso, Gilberto Gil and Jorge Ben Jor started mixing traditional music with psychedelic rock at the end of the sixties. Because of their critical lyrics, most tropicalismo musicians were boycotted by the military regime. At the same time a number of MPB icons appear, such as Chico Buarque, Milton Nascimento and Elis Regina, who on the one hand lean on traditional genres, but on the other hand are not afraid to experiment with more modern styles. This line of musicians with their own characteristic sound, continues until this moment. Marisa Monte and Chico César give the MPB a new sound in the nineties. Also in the field of dance, Brazil has more to offer than the samba alone. The lamba rage of the eighties finds its origin in the northeast of that country, where African and Caribbean influences are great. The axé, a stirring mix of Brazilian reggae and percussion, also comes from that region. Daniela Mercury and Ivete Sangalo have made this music popular since the nineties.

(This text has been automatically translated by Google translate)
These early deceased singer even after her death, the interpreter of the bossa nova, the sultry jazz variation Brazil. The singer was born in Porto Alegre because of its short length and irascible temperament nicknamed 'pepper'. She worked tirelessly to an impressive oeuvre. One of its highlights is the artistic album Elis & Tom, which she recorded in 1974 with Antonio Carlos Jobim. Eight years after that album Regina died already at the age of 36 from an overdose. Her daughter Maria Rita is also known as a singer. more