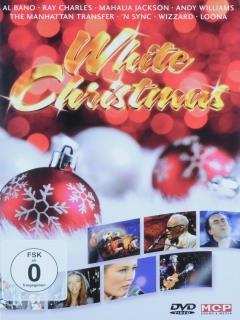 (source: wikipedia)
Howard Andrew (Andy) Williams (Wall Lake, 3 december 1927 – Branson, 25 september 2012) was een Amerikaanse zanger uit het lichte genre, ook wel behorend tot de zogeheten crooners. Hij is een aantal jaar gehuwd geweest met de zangeres en...
more
(This text has been automatically translated by Google translate)
There are few musicians in modern pop music that can truly be called 'genius', but in the case of Ray Charles's visit this characterization. His original way of singing, influenced by both gospel and pop music, then has inspired many great singers. In his long and productive career as a recording artist, which began in 1949, Charles was perhaps the best performer of pop music after the war. As a gifted pianist, songwriter and vocalist, he was a master in every style he tackled, such as rhythm and blues, country, blues and soul. The man indelible rhythm and blues classics wrote as I Got A Woman and What'd I Say died in 2004 as a multi legend. That same year, a remarkable acting performance from Jamie Foxx in the biopic Ray, a worthy tribute Cinea dramatically.
(source: wikipedia)

Dee Dee Bridgewater (née Denise Garrett, May 27, 1950) is an American jazz singer. She is a three-time Grammy Award-winning singer-songwriter, as well as a Tony Award-winning stage actress. For 23 years, she was the host of National Public Radio's syndicated radio show JazzSet with Dee Dee Bridgewater. She is a United Nations Goodwill Ambassador for the Food and Agriculture Organization.
Born Denise Eileen Garrett in Memphis, Tennessee, she was raised Catholic in Flint, Michigan. Her father, Matthew Garrett, was... more