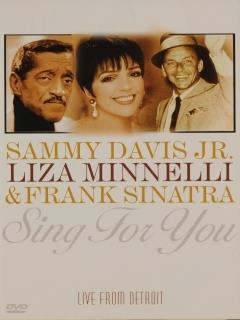 Sing for you : Live from Detroit

Collective name for the English and American entertainment music of the first half of the twentieth century. This music is considered to be the forerunner of pop music and was written for a wide audience. Commercial motives are at least as important as artistic ones. Breadwriters supply text and music to order. The offices where the success songs originate, such as Tin Pan Alley (from 1900 to 1930) and the Brill Building (fifties and sixties), acquire mythical status as hit factories. Famous composers are Burt Bacharach, and duos such as Leiber & Stoller and Greenwich & Barry. They write for all-round stage artists who could sing, dance and act and often performed in one of the many theatres on Broadway. Recordings were an afterthought until the forties. With the rise of pop music the popularity of vocal music decreases. Nevertheless, the American Songbook, a collection of classical American songs, continues to intrigue many a soul and pop singer. more

(This text has been automatically translated by Google translate)
Frank Sinatra is a true icon in American music. He defined the postwar, sophisticated pop vocals and lingered over fifty years in the limelight. After having worked in his early years with Harry James, Tommy Dorsey and others, Sinatra was at once world famous with hit albums and Hollywood movies. His cool, unemotional speech was the epitome of cool. At the same time he had a sober demeanor with which he easily took the audience for itself. His career was marked by high peaks and deep valleys - the details of his private life were not always suitable for the public - but to the end of his life was every comeback only increases the tremendous loyalty of its fans. more
(source: wikipedia)