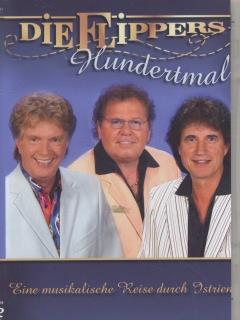 The German-language song flourished in the twenties and thirties. It is the time of the impetuous Weimar Republic. Marlene Dietrich is then the big star. After the war, a clear distinction was made in Germany between the listening song and the party song. The first category is the terrain of the serious 'Liedermacher', songwriters who, especially in the seventies, could sometimes be quite socially critical. That's a big difference with the a-political schlager singers, who only have one goal: to build a party. The word 'schlager' is the German word for hit: a song that 'hits like a bomb'. Schlager are also popular among the Dutch. Artists like Frans Bauer and Jan Smit also record their hits in German, while the born German Dennie Christian scores in our country with hits in both languages. more

(This text has been automatically translated by Google translate)
Ever since the sixties Die Flippers one of the most famous schlager band from Germany, but also in the Netherlands, the group has many fans. Known songs are their breakthrough Sha La La I Love You, Manuela (later successfully been covered by Jacques Herb). The eighties are a lean period for the Flippers, but since the nineties, the group again sold out and play sports even herself in the film Tach, Herr Doktor. more