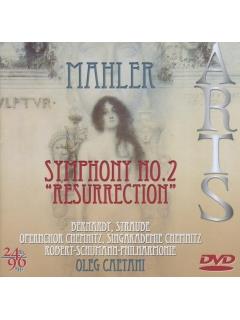 Symphony no.2 in c minor, "Resurrection"

(This text has been automatically translated by Google translate)
There are few composers who so with the symphonic repertoire connected as Gustav Mahler. Composing symphonies really Mahler's core business: he developed in every way the symphony through to and beyond its borders. Mahler's symphonies are almost all very long, ask for a very large orchestra and they are especially great in their expression. Rustic-mythical realms (the beginning of the First), terrifying chaos (the end of the sixth), grand visions (beginning of the last part of the second), happy tunes (opening Fourth), romantic melancholy (famous adagio of the fifth), evocations of nature (the Third), megalomaniac orchestral eruptions (the Eighth) and outrageous, almost atonal sounds (the great adagio from the unfinished Tenth): Mahler's palette is inexhaustible. His symphonies are compelling but also exhausting costs, and occasionally perhaps a bit 'over the top'. In that respect, evidence orchestral songs which Mahler also very subtle and could compose sophisticated. In the Netherlands Mahler thanks to his close relationship with the Royal Concertgebouw Orchestra (during his life!) Very popular. (TC) more